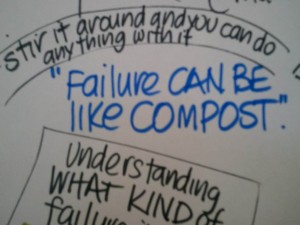 The following blog post was written by Dani Robbins, one of our associates. Dani Robbins is the founder and Principal of Non Profit Evolution, www.nonprofitevolution.com, a consulting firm providing board governance and operational assistance, including capacity building, to non-profit organizations.

I have been thinking about failures of leadership as of late, and not just failures but if and how leaders are trained to respond to potential liabilities (and thereby avoid the failures!).  Since I am guest blogging I will share that I own a non-profit management consulting firm which I started after have spent my career leading non-profits.  My leadership style has evolved and greatly benefited from the brilliant and strategic minds at Boys & Girls Clubs of America.  My lens has also been impacted by my prior work with victims of violence.  The combination has taught me to be mindful of potential liabilities and have a plan to deal with them.  In fact, I have two general theories, and have encouraged my team and my clients over the years to plan accordingly:

So with that, I have been wondering about the absence of reaction, follow through and planning from a wide variety of leaders as of late. Here are a few:

Those are the most well publicized incidences of leadership failure in recent memory, politics aside.   I also have one incidence of leadership success. The Trustees of the Board of Penn State did what was right, instead of what was popular:  They fired the President.  They fired the Coach. They didn’t let him finish the season. They didn’t let him finish the week.  He went home that day, and to his credit, Coach Paterno left in a way that reminded everyone how he earned his reputation in the first place, by acting with class.

I write crisis management and crisis communication plans for my clients, and encourage all companies, for profit or not for profit, to have one.  But a plan is not enough, especially if that plan sits on a shelf.  A plan, coupled with regular training, discussion of scenarios at staff meetings, feedback loops to address issues that had crisis potential, and accountability for action and inaction, all need to be combined to create the kind of leadership that avoids failure by creating plans to manage risk, so they do not have to control damage.