Blog
You are here: Home1 / Blog2 / Books3 / Grow as a Leader with These 3 Essential Psychological Skills 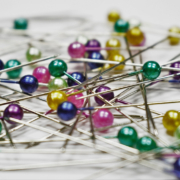 This blog is provided by Nashater Deu Solheim, Founder and CEO of Progressing Minds AS.  It is a companion to her interview on Innovating Leadership, Co-creating Our Future titled The Leadership PIN Code: Unlocking the Key to Willing and Winning Relationships that aired on September 8th, 2020.

We’ve all had the experience of watching someone from the sidelines and admiring their leadership ability. Their skills are not always concrete, tangible, or observable from the surface. In fact, it is the subtle arts and nuances of what leaders do that makes it look so natural.

Some, of course, are natural-born leaders who are great with people. But great persuasion, influence, and negotiation can also be learned, and there is opportunity for you to learn the nuance of effective leadership as well. How do you, in a moment of leadership, translate all your expertise and knowledge towards positive engagement with your stakeholders or employees?

In a word, PIN: Persuasion, Influence, and Negotiation. Here’s why those three psychological skills are essential to your growth as a leader.

Persuasion is the process by which one person achieves their goal to change another person’s viewpoint or position on a matter. Persuasion is an everyday necessity for leaders. Persuasion is about closing the gap between you and your position and the other person and his position, which makes up a good deal of leaders’ time.

An engaged leader is curious in everyday interactions, asking the other party questions to establish their interest. Armed with answers, he can then start to challenge facts. Persuasion is often about guiding others to identify the gap between what they believe to be true and actual facts or likelihoods.

Parents do it with children. For example, when a child says, “I don’t want to jump off the diving board at the swimming pool.” The parent asks what he thinks will happen. “Well, I think I’m going to bang my chin on the board,” the child responds. The parent, in turn, explores the facts in the gap, pointing out that by standing at the end of the diving board, banging his chin is nearly physically impossible. The child is persuaded to change his perspective by drilling down into facts.

The psychologist Robert Cialdini has shown that humans are persuaded to another person’s point of view not by luck but by the manner and methods by which the persuader captures our motivations, interests, and what is valuable to us, thereby either motivating us or drawing us in towards the choices they would like us to make.

Effective persuasion is at the core of good business. Focusing on the needs, interests, and feelings of the other people in the room make it much easier to create a collaborative, energetic mindset. Reaching people isn’t necessarily about changing their mind. It’s about showing them that you understand theirs.

Influence is the power or capacity of causing an effect in indirect or intangible ways. Influence may seem ineffable, but it can often be traced to specific kinds of practices. In many cases, it’s the result of a person’s mindset, behavior, and conversation skills.

Influential people know how to ask effective questions, give clear responses, and steer conversation in a productive way. They know the power of body language and make an effort to put people at ease with their gestures and tone of voice. They also take the time to prepare, research the people they’re going to interact with, and take the time to learn about others’ cultures, interests, and goals.

Influential leaders have high-performing teams and respectful, cooperative, and collegiate rules of engagement. They have also built trust so deeply within their teams that they can challenge, handle conflict and differences of opinion, and use them to renew their agenda, goals and targets in a positive way.

There are some common errors that leaders make when it comes to cultivating influence. These errors can lead to dysfunctional work environments and can harm their relationships with clients. For example, positive influence comes from collaboration, not competition, but often, leaders focus on their own gains at the expense of others’ needs.

Another common influence error comes when leaders are reactive, not proactive. When they jump into tasks or make changes without ensuring that their key stakeholders or team members are committed, it can lead to conflict. Impulsive and unpredictable leaders will find it hard to establish trust among their employees.

Finally, rigid ways of thinking are bad for business. When leaders have a “know-it-all” attitude, adopt an “if it’s not broken don’t fix it” mantra, and hold a hierarchy-obsessed mindset, they often aren’t flexible enough to satisfy their clients and employees.

According to the Harvard Negotiation Project, negotiation is back-and-forth communication designed to reach an agreement, even though each party sometimes has conflicting interests. Negotiation is far more relevant to leadership than you might believe and not just in relation to contract, financial or commercial negotiations where there are rules to follow and margins to maintain.

In today’s world, negotiations between countries and political parties have huge business negotiations behind them with multiple aspects often related to defence, trade or access. Leaders negotiate with other people all the time.

Often, powerful leaders don’t think they should have to negotiate with their employees because people are employed to do what the leader asks. Yet negotiating is about creating the win-win in which the opportunity is framed. Yes, the employee may be obliged by virtue of their role to do the task, but creating a culture of willing collaboration rather than coerced delivery is the difference between an effective negotiating leader and an entitled one.

When looking at projects or negotiations, plan and strategize beyond reaching your goal. What potential scenarios could take place? What are the success factors versus failure factors? As in a one-minute leadership approach, make sure there’s no gap between what you want to communicate and what you’re actually doing. Much of this is anticipation and planning ahead for various scenarios.

Leaders fail at negotiating when they neglect the momentary check and balance of thinking before they speak and preparing before they act. On the fly is rarely a successful strategy unless you’ve over-rehearsed.

As a leader, have you ever wondered why sometimes you get the traction you want with people and other times you don’t? It’s not luck—you must be able to persuade and influence those you lead to get results in a positive way.

PIN is the power of using psychology in business in order to have the positive impact and influence you need to motivate your team and peers. It also allows you to continuously negotiate with managers, stakeholders or adversaries to make real progress. Great leaders infuse PIN skills in everything they do to move their organizations forward with the willing participation of their teams, peers, and stakeholders to create the wins they need.

For more advice on persuasion, influence, and negotiation, you can find The Leadership PIN Code on Amazon.

Dr. Nashater Deu Solheim brings a new toolkit to leadership development that is backed by decades of integrated experience in the areas of business and psychology. As a former forensic psychologist with clinical research in the neuropsychology of criminal minds, she developed a deep interest in effective learning strategies for lasting success. Now, as an expert negotiator who studied at the Program on Negotiation at Harvard Law School, Dr. Solheim has combined her experience as an executive leader in international private companies and government ministries to present The Leadership PIN Code, the definitive guide for helping business leaders secure influence and impactful results.