Blog
You are here: Home1 / Blog2 / Disruption3 / How to Keep Business Level During the Pandemic in the “New Normal” 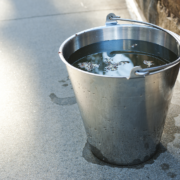 This blog is provided by Bill Higgs, speaker, author and expert authority on culture.  It is a companion to his interview on Innovating Leadership, Co-creating Our Future titled Culture Code Champions: 7 Steps to Scale & Succeed in Your Business that aired on Tuesday, October 13th, 2020.

The pandemic-fueled recession forced businesses to take a hard look at their expenses and make judgments about what is a necessary expense, what is a luxury, and what is an out-and-out waste.

As uncomfortable as that might be for many business leaders – especially if it means cutting someone’s job – it’s clearly critical to the organization’s survival to figure out ways to conserve cash whenever hard times descend on both a company and the economy at large.

At Mustang Engineering, the company I helped found, we used the phrase “plug all the holes in the bucket” as a metaphor for finding ways to conserve cash before it trickled out through the leaks. Those “holes in the bucket” could be labor costs, lease space, and all sorts of general expenses. Ultimately, anything that had the potential to kill profitability was a “hole in the bucket” that we were determined to plug.

Actually, we chose to be tight with money right from the beginning with our company, largely because we needed to be. For example, like many new businesses, we couldn’t really afford a dedicated sales team. And, in fact, Mustang didn’t hire its first full-time salesperson until we had been in business for seven years. We just did without. In the meantime, I did the selling myself.

We also were forced to gather a lot of experience making do with less because we went through four major downturns that were different in their details but similar in their economic impact to what we’ve experienced with the pandemic. Banks went under, there were foreclosures on every street, and hundreds of businesses disappeared in Texas.

In between there were nine other significant downturns, all related to the oil price that was whipsawed around by war, politics, tariffs, embargos, transportation restrictions and OPEC.

Despite those difficult times, we never went down in revenue when they hit because we were continuously preparing ourselves for the next downturn. We didn’t know where it would come from, or when, but we knew it would happen eventually, so we wanted to be ready.

Ever since the pandemic hit the U.S. and the recession quickly followed, businesses have had to make the same type of frugal and practical decisions we did.

So, whenever a crisis like this hits, you have to ask yourself: What do we absolutely need? What can we do without?

Take notes on everything you have done so far to “plug holes” and reduce cash outflow to insure you do not let any unnecessary expenses creep back in. Examine your profit-and-loss statement in detail and see if you can identify other cuts you can make.

At the moment, this is a matter of survival. But learning to practice frugality now will also make you much stronger in the long term. You want to make this a habit, not just something you do when dire circumstances arrive.

Imagine how much better shape you would have been in when this recession hit if you had been “plugging those holes” all along.

Bill Higgs, an authority on corporate culture, is former CEO and founder of Mustang Engineering, which he took from zero to $1 billion in annual revenues based on a people-first culture. He is also the ForbesBooks author of the just-released book Culture Code Champions: 7 Steps to Scale & Succeed in Your Business. His culture podcast and training modules are available through www.culturecodechampions.com.