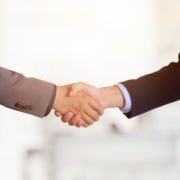 This blog is provided by Deke Copenhaver, consultant, author and former mayor of Augusta, Georgia.  It is a companion to his interview on Innovating Leadership, Co-creating Our Future titled The Art of Building Better Leaders that aired on Tuesday, October 6th, 2020.

During my adult life I’ve been blessed to serve in many leadership roles and to have been mentored by people I consider to be great leaders. Today I still consider myself a work in progress and an ongoing student of leadership. Through the years I’ve developed some definite ideas of what good leadership does and doesn’t look like. Foremost among these is that for anyone to be a great leader people must be willing to follow your lead without being coerced to do so. Simply put in any leadership position long-term success depends on having a servant’s mentality and developing fundamental bonds of trust with those you serve.

In 2005 at the age of 37 I made the lifechanging decision to run for mayor of Augusta, Georgia. Having no political experience, I was told early on by a group of local business leaders that I shouldn’t run because I hadn’t paid my dues. I reminded them that I had run a small business and a nonprofit as well as chaired several boards. When I told them I thought my experience in leadership positions made me the most qualified candidate this argument was simply brushed aside. Fortunately, I didn’t listen to conventional wisdom and, in a campaign primarily run by a group of energetic twenty and thirty somethings who were political novices as well, I ultimately won the election. I then went on to win two more which allowed me to help lead Augusta as a public servant for nine years.

I stress the words public servant because that was what I was focused on being. I was raised by a father who had served as a B-17 bomber pilot in World War II who instilled in me the values of duty, honor, integrity and service above self. These values remained at the forefront of my mind throughout my time in office. From the outset I set about winning the public trust by treating all of my elected colleagues and the citizens I served with dignity and respect. I made no promises I couldn’t keep and never viewed myself as being above those I served.

Through diligently pursuing this approach I was able to work with a governing body which had a reputation for being racially divided. My colleagues didn’t always like my decisions, but they trusted and respected me, so they were willing to work with me. Working together we were able to complete multiple major municipal building projects while at the same time creating thousands of new jobs and hundreds of millions of dollars of investment in our local economy.  Although building trusting relationships took a great deal of time and effort it ultimately served the greater good to the benefit of our local citizenry as a whole.

My season in office taught me many more leadership lessons in the crucible of public life. I realized early on that no title makes you a leader.  Although winning an election or being promoted to the C Suite may confer on you a title with more individual power and prestige it doesn’t confer on you the mantle of leadership.  A title is given and fleeting while becoming a trusted leader is earned and has lasting impact.

I also came to understand it’s more important for a leader to know what they don’t know than what they do know and to surround yourself with good people who make up for your own shortcomings. Being elected mayor didn’t teach me to run a city of 200,000 people. In my decision-making process I had to learn to rely on the input of a team of talented professionals who I came to trust through the years. Listening to and trusting the team around me allowed me to make well informed decisions based on professional input and not political whim.

One final lesson I learned is perhaps the most important. Those in leadership positions who use fear and intimidation to achieve their desired outcomes significantly undermine trust in their leadership as opposed to building it. Realistically, this isn’t leadership at all but simply amounts to bullying. True leadership is about uniting those you serve around a common goal while making them feel secure, included and that their voices are being heard. In the end, leadership is not about seeking power but rather about seeking to empower those around you and for good leaders the only power that really matters is the power to inspire. You can trust me on that!

Deke Copenhaver (www.deke-copenhaver.com) serves as principal of Copenhaver Consulting, LLC, and is the ForbesBooks author of the book The Changemaker: The Art Of Building Better Leaders. Copenhaver was elected mayor of Augusta, Ga., serving from 2005-14, and has spoken at national conferences on topics including city design, economic development, healthcare, veterans’ issues, and the nonprofit industry. A former radio show host, he authors a column on leadership published by the Georgia Municipal Association and has been recognized numerous times by Georgia Trend Magazine as one of the 100 Most Influential Georgians.