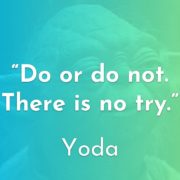 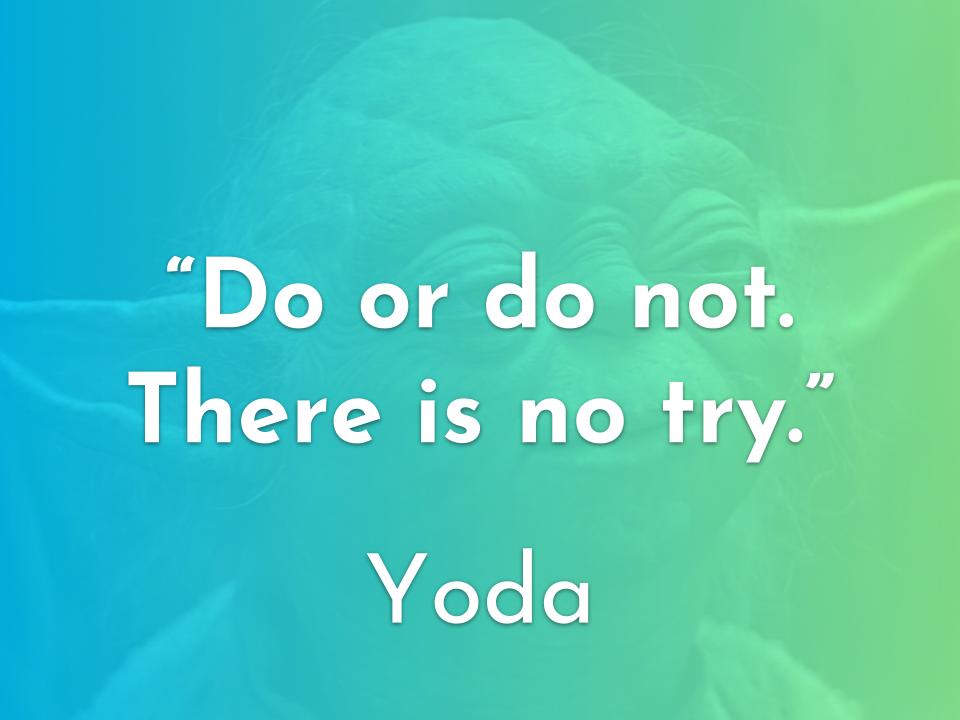 You don’t need to be a Star Wars devotee to recognize the franchise’s most iconic characters and moments. They’re so well-known that they became memes long before the internet was a thing. Talk about staying power!

While intergalactic adventures might not be for everyone, the themes and messages that creator and director George Lucas instilled in every leap to hyperdrive are. They’re particularly important for leaders of all stripes to take to heart, even if they’re more Team Trekkie than gaga over one Leia Organa.

Ready to soak up some knowledge straight from the stars? Read on for our favorite leadership lessons from Star Wars.

Know When to Ask for Help

One of the hallmarks of a great leader isn’t that they have all the answers; it’s that they know what they don’t know and they’re not afraid to ask for help. Case in point: Leia, princess of Alderaan and general in the Resistance.

Our introduction to Leia as a character is through her holographic SOS call to Jedi Master Obi-Wan Kenobi. While she seems like a damsel in distress, that illusion is quickly destroyed. Instead, Leia is revealed to be a fierce leader who can and does join the fight. Still, she knows she won’t win without assistance—and neither will you. Go ahead, raise your hand and make the ask, already!

Put Your Plans into Action – Remember, Real Leadership is More Experimentation than Certainty

The most effective Leaders know that whatever can go wrong, will go wrong. Sound familiar? It’s Murphy’s Law, and 99 percent of the time, it’s right on the money. Just because you’re worried about your next great idea taking a nosedive, though, it doesn’t mean you should stay in perpetual planning mode. At some point, you need to leap. You need to do.

When leaders take the on the “mindset of a scientist” they don’t expect to be right. They will be directionally correct and take action that is scaled appropriately for an experiment or proof of concept before they take big action that could increase the organizational risk profile.

Leadership is about the right balance between thinking, preparing and. This iconic Yoda moment says it all: Do or do not. There is no try.

A leader doesn’t pussyfoot around an issue. Leaders minimize risk—that’s where the preparation comes in. When they’re reasonably sure they have a handle on a situation (good at developing experiments), they go for it, knowing that the results won’t be perfect. There will be course corrections. There will be mistakes. There will be starts and stops and learning along the way. But if you don’t start—if you don’t push that big red button—you’re never going to move forward. And, as a leader, that’s your job.

Trust Your Instincts and Verify

Our instincts have evolved over 200,000 years to become highly accurate sensors for risky situations. That gut instinct we talk about is valuable because it tells you instantly when something is a no-go and when you should proceed with caution. Whether you live in the Star Wars universe or your feet are firmly planted on planet Earth, this sort of heads-up system is essential to making good choices for the future.

Of the original trio of Star Wars characters, Luke is the most emotional. He’s the most in touch with his feelings and his instincts, which makes sense, given his natural talent for channeling the Force. And, goodness knows, he needs it! From the moment Luke Skywalker encounters R2D2 and C3PO, his life is a wild ride packed with death traps, rescue missions, and daredevil stunts. He relies on his instincts the way any leader or future leader should: to let him know when he should proceed and to decide if he needs more preparation. The best leaders balance the ability to trust their instincts with a highly developed ability to analyze situations and get input from others. Luke looked to Yoda and others as he honed this ability. By balancing inner wisdom (the force) with strong reliance on data and trusted others who will see your blind spots, you will be well prepared to act and learn.

Saving up all your dos and don’ts for an end-of-year review isn’t an effective management strategy. To get the most out of your team, you should offer in-the-moment feedback when it’s most useful—and when they can apply your corrections and make changes on the fly. Sitting on your complaints and stewing over pet peeves isn’t good for anyone, and it won’t result in a top-notch project.

Feedback can and should take the form of learning from your action/experiments in the form of “after action analysis” for the team and project. It should also include personal learning – what was each individual’s role in the success and contribution to the short falls? Having the courage as a leader and as a participant to build on strengths and correct mistakes and short falls is necessary. This also assumes you as the leader have created a culture where mistakes are the fuel of learning not torture. Think of the many hours Jedi’s trained with Yoda. With each success and each failure, they took the feedback as an opportunity to build skills. If Yoda was not brutally honest, the Jedi would die in battle. Withholding honest feedback reflects weakness in the leader. Yes, it is hard and required to create a world class organization.

To be clear: Do not Force-choke or otherwise torture, assault, or threaten your employees. Whether you have thousands of followers awaiting your command or not, it’s better to lead by respect rather than fear like Darth Vader. Still, we appreciate that he … ahem … nips problems in the bud instead of lets them fester.

Cynicism and snark might be popular, but they won’t do you any good when you’re leading a group of people. Hope inspires. Optimism motivates. Purpose inspires. Results inspire. Opportunities for growth inspire.

You don’t have to go around like a modern-day Pollyanna but do try to keep one eye on the good in every situation, even while you take stock of the bad. As we build a culture of action and experimentation, each action will have successes and failures. It is the leader and the organization that can honestly learn and grow that will win. This is only possible by finding the success along with the course correction. Everyone’s favorite bad boy does it, so can you!

It always seems a little incongruous that someone so rough-around-the-edges and practical as Han is also so positive when the Rebels, and, later, the Resistance, are fighting a seemingly unwinnable war against the Dark Side. The hope he has is what keeps him pushing forward, and that’s something we could all do with a little more of.

At the end of every Star Wars movie, the prevailing lesson is that a win doesn’t come straight from the top. While leadership is essential, it’s a team exercise—and that’s a lesson George Lucas and his cast of characters never let us forget.

As you apply these Star Wars leadership lessons to real-world situations, we have one more tidbit to share: May the Force be with you.