Blog
You are here: Home1 / Blog2 / Future of Leadership3 / Pick up the Radio and Call for Help! 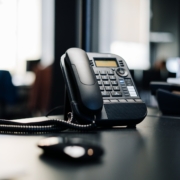 This week’s article is provided by Jeff Wald, founder of Work Market. It is a companion to his interview on Innovating Leadership, Co-creating Our Future titled The End of Jobs: The Rise of On-Demand Workers & Agile Companies that aired on Tuesday, June 15th.

Some people lead with their heart, some with their head.  Some leaders are “my way or the highway”, some are “we all move forward together”.  Every leader has their own style and as long as people follow, they are leaders.

I tend to use vulnerability as a core part of my leadership style.  I do that as it’s authentic, I have a lot of vulnerabilities.  I learned to embrace this vulnerability from an unlikely source; the New York City Police Department.

The volunteers, or Auxiliary Officers, get about 100 hours of training at the Police Academy.  Training includes basic self-defense, arrest procedures, radio usage, first aid, and many other lessons one needs to serve.  The Auxiliary Units are designed to provide an extra set of eyes and ears out on the streets.  They are not supposed to respond to an active situation unless specifically instructed by a regular NYPD Officer.  They are not trained or authorized to use a firearm.  They carry a baton, a small stick about eighteen inches long.  They are told time and time again that their radio is the most important item on their person.

I reflect on the lessons I learned during my time as an Auxiliary Officer and how they apply to my leadership and my life.  There is always one that stands out: Never hesitate to pick up the radio and call for help.

I remember my first serious encounter as an officer.  There was an assault in progress right near where my partner and I were standing.  We knew we were not supposed to approach an active crime unless specifically asked.  However, being the invulnerable young men, we believed ourselves to be, we walked over anyway.

As we turned the corner on the Upper East Side of Manhattan, I saw two men kicking and one man hitting with a baseball bat, a prone figure on the ground.  Real police officers were less than a minute away.  My partner took out his baton and yelled “Stop! Police!” and ran in.  I actually panicked for a second and froze, but the sight of my partner running in spurred me to action.  My action, aside from beginning to run after my partner, was to grab my radio.  The bad guys had started to run away when my partner yelled, so I called into central dispatch (and thus was heard by the approaching real officers), “three male suspects running south on First Avenue”.

They were caught and arrested, the person being attacked was injured but would be ok.

While we were not in any danger (although there were three of them and two of us, they had a baseball bat and we had batons, and I knew we didn’t have a gun but they might have!), I reached for my radio.  The radio’s primary purpose in this encounter was to inform the other officer, but its primary purpose to me was to inform the rest of the 19th Precinct that two very scared Auxiliary Officers were encountering suspects.  Implicitly the call was, “Send some real cops here now and HELP!”.

Ask any police officer anywhere in the world what is their most powerful weapon and you will get one consistent answer, the radio.  Every officer has one, and at the other end of that device is help; serious help.  When they make that call other officers will immediately be on the way.  There is no officer that would hesitate for a moment to call for help, to call for backup.  Think about that for a second.  These are some of the bravest people in the world.  They put their lives on the line every day to keep us safe.  Yet, at the slightest inkling of trouble, they ask for help.

If police officers do that, why don’t the rest of us?

As leaders, we may sometimes fall into the dangerous and self-defeating trap of thinking we need to have all the answers.  Maybe it’s driven by insecurity, maybe by imposter syndrome, maybe by the need to prove our intellect and strength.  For some leaders that may work just fine, but not for me.

I ask for help when I need it and my team responds.

I do need help, we all do.  I cannot do it alone.  No one is that strong, or smart, or well-connected that they don’t need the talents of their team.

Far from being a sign of weakness, asking for help is a powerful sign of strength.  It tells everyone that you are confident enough to ask for help when you need it.  Smart enough to know you don’t have all the answers.  Brave enough to rely on the intellect, creativity, and networks of others.  To me, this is what leadership looks like and it’s worked well.

So be brave like police officers all over the world and pick up your radio when you need help.  For leaders, it can be your most powerful weapon.

Jeff Wald is the Founder of Work Market, an enterprise software platform that enables companies to manage freelancers. It was acquired by ADP. Jeff began his career in finance, serving as Managing Director at activist hedge fund Barington Capital Group, a Vice President at venture capital firm GlenRock and various roles at JP Morgan.

Jeff is an active angel investor and startup advisor, as well as serving on numerous public and private Boards of Directors. He also formerly served as an officer in the Auxiliary Unit of the New York Police Department. Jeff holds an MBA from Harvard University and an MS and BS from Cornell University.