Blog
You are here: Home1 / Blog2 / Authentic Leadership3 / The Inauthentics — Ignoring The Value Of Values 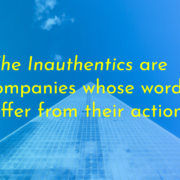 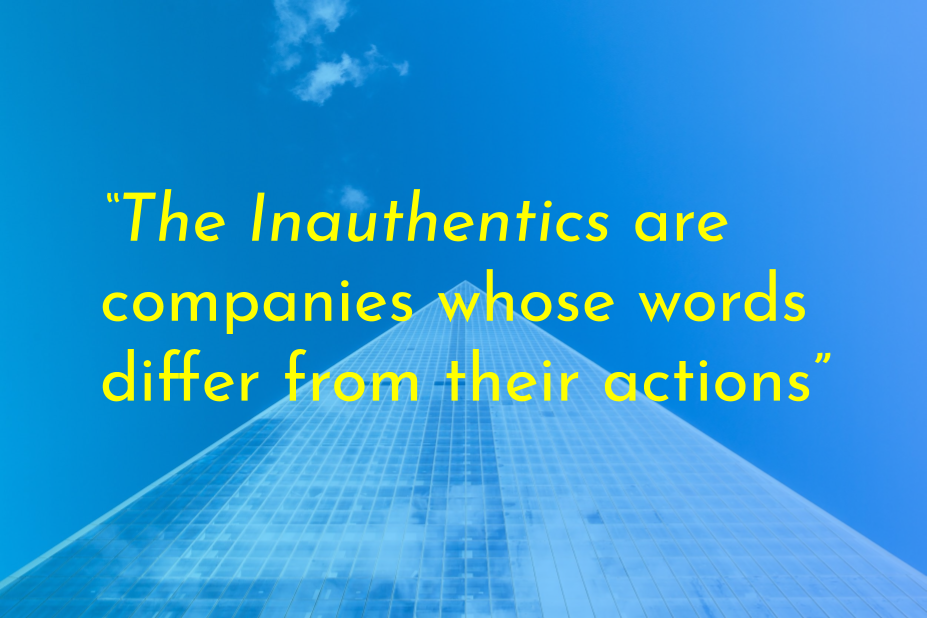 This guest blog is provided by Soon Yu.  Soon was a guest on Innovating Leadership, Co-creating Our Future on June 26, 2018.  His interview can be heard here:  ICONIC ADVANTAGE: Don’t Chase the New, Innovate the Old .

Just last month Facebook’s VP for Product Policy and Counterterrorism, Monika Bickert, appeared on CNN to be grilled by Anderson Cooper. The company was being criticized for keeping up a fake video of an apparently drunk Nancy Pelosi, albeit with a disclaimer saying that it had been identified as untrustworthy content. In her defense, Bickert said, “Our job is to make sure we are getting them accurate information.” Yet the company still allowed the distribution of this inaccurate information, generating millions of views and helping the company earn money off the back of it.

This isn’t about politics. This is about hypocrisy. Facebook’s mission statement is to “give people the power to build community and bring the world closer together.” Yet this behavior has the opposite effect. Allowing such polarizing content on their platform is fueling the divide that’s pulling America apart. And although they claim to be protecting people from misinformation, they’re actually allowing this particular misinformation to spread.

But let’s not single Facebook out as the sole offender.

In 2017 State Street Global Advisors installed the Fearless Girl statue in Wall Street. It’s a four-foot high image of a young girl defiantly standing up to the iconic charging bull. A message below it read, “Know the power of women in leadership. SHE makes a difference.” This was a brilliant piece of marketing for a fund they had launched featuring companies with a higher percentage of women in leadership. Sounds wonderful, doesn’t it? However, about six months later, the company was the subject of a lawsuit for discrimination. They were found to be privately underpaying women and ethnic minorities while publicly championing them.

And it doesn’t stop there. Many organizations appear to state one thing and do another. In a business world that harps on about the importance of “authenticity,” these companies are The Inauthentics.

The Inauthentics are companies whose words differ from their actions. They may have a wonderful-sounding mission statement and a set of lofty values, but when push comes to shove, they go where the dollars are. The advertising legend Bill Bernbach once said, “It’s not a principle until it costs you money.”

However, values are worth protecting because they will earn you money in the long term. Research conducted by CEB Inc. found that out of all the people who said they had a relationship with a brand, 64% claimed that “shared values” was the primary reason. If a company undermines those values, it betrays these customers and damages that relationship. That impacts sales. And once you’ve lost people’s trust, it’s really hard to regain it.

This is not just an external problem. Purpose and values are the very things that unify and motivate employees. And when employees’ values clash with the actions of the company, it creates problems. Uber has seen the brunt of that with strikes and protests from its drivers. The company says that its mission is “to ignite opportunity by setting the world in motion.” But with drivers having to work long hours without receiving basic benefits – within a company that aims for a market value of $100 billion – the opportunity seems to be pretty one-sided.

Values are what drives your employees’ behavior. It’s the company’s values that guide their decision-making when they’re faced with tricky situations or ethical dilemmas. And that’s the behavior that really defines a brand. It’s the soul of brand authenticity.

Is Your Company One of The Inauthentics?

The Inauthentics is a large and growing group that you don’t want to belong to. So how can you avoid this?

First of all, make sure you actually have values. And that these values are useful, believable and achievable. Interrogate each of the values to see if there are situations it wouldn’t apply to. If there are exceptions, you probably have to revisit the value or rethink your business.

Finally, you need to show employees how they should apply the values in real life situations. Share examples of ethical dilemmas that the company has faced and how the right decisions, even though there may have been some short term sacrifice, helped define the company in the long run. Everyone needs to understand that you’re serious about them, and you expect employees to act on them.

If you do those things, you’ll succeed in staying out of the least exclusive group in business. And you’ll have immediately improved your chances of becoming a brand that customers will be proud to have a relationship with for years to come.

Soon Yu is an international speaker and award winning author on innovation and design. His book, Iconic Advantage, challenges businesses, from Fortune 500 to venture-backed startups, to refocus their innovation priorities on building greater iconicity, and offers deeper insights on establishing timeless distinction and relevance. He regularly consults business leaders on developing meaningful Iconic Signature Elements, Iconic Brand Language (TM), Signature Moments and Signature Communication. He most recently served as the Global VP of Innovation and Officer at VF Corporation, parent organization to over 30 global apparel companies, including The North Face, Vans, Timberland, Nautica and Wrangler, where he created a $2 billion innovation pipeline, established three global innovation centers, and initiated industry-leading design best practices. Prior to this, he worked at The Clorox Company, Chiquita Brands and Bain & Company. As a former CEO/founder for numerous venture-backed startups, he was recognized as the Northern California finalist for the prestigious Ernst & Young “Entrepreneur of the Year” award.

This is a republishing of a Forbes article that can be found here: https://www.forbes.com/sites/soonyu/2019/06/06/the-inauthentics-ignoring-value-of-values/