Blog
You are here: Home1 / Blog2 / Authentic Leadership3 / The Power To Get Things Done (Whether You Like It Or Not) 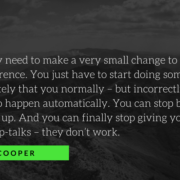 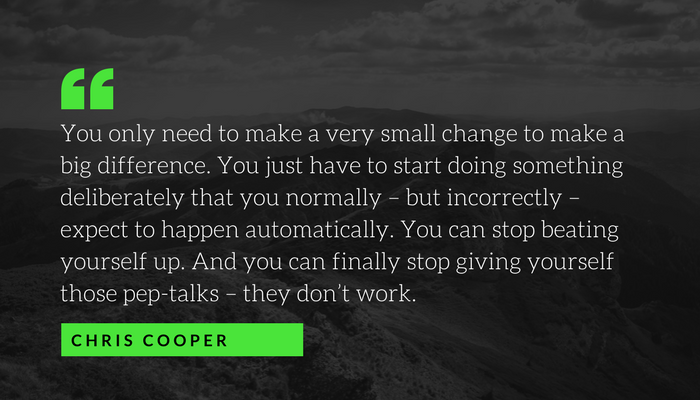 This blog was written by Chris Cooper as a companion to the VoiceAmerica Interview between Chris Cooper and Maureen Metcalf on June 20, 2017 about Chris’ book, The Power To Get Things Done (Whether You Feel Like It Or Not).

So why is getting things done so important? Well it is to do with those good intentions that we have, the things we absolutely know we should be doing, for us to be more successful – but we struggle to get them done. It’s the things on your to-do list that you find so tedious and boring, that it’s sometimes almost enough to induce nausea! So, finishing a project, training for a marathon, making those weekly sales calls, preparing for an exam, losing weight or having a difficult conversation with someone. The ability to get the important things done, or not, can lead to business success or business failure. You get the gist!

We’ve seen countless people struggle and fail to do the very things that will bring them success – as quite often, they’d sooner be doing something else. Sounds familiar? That is why Chris and clinical psychologist Dr Steven Levinson wrote the book.

Well, if you’re one of the vast majority of people who often fail to do the things they know they should do, IT’S NOT YOUR FAULT! The problem is caused mostly by the way the human brain is wired!

So, what are some of the takeaways from the book and interview?

You only need to make a very small change to make a big difference. You just have to start doing something deliberately that you normally – but incorrectly – expect to happen automatically. You can stop beating yourself up. And you can finally stop giving yourself those pep-talks – they don’t work. All you have to do is learn a simple strategy to turn all your good intentions into action.

It’s deliberately putting yourself in situations that “force” you to do what you know you should do.

We interviewed many people from the world of business and sport who have used this to achieve amazing success. It appears that build many different ways to get themselves into action in such a way that they cannot wiggle out of it.

A great example, is former world champion rower, Mette Bloch, now a successful speaker and author, who always wanted to perform as a stand-up comedian. Instead of waiting for the day she had enough courage to move outside her comfort zone, to pursue her dream, she went ahead and booked a 1,635-seat conference hall, for her first performance. She then paid a non-refundable deposit of c$20,000.

By deliberately putting herself in this situation, she now had no choice, which is exactly what she wanted. She used the pain of squandering her own hard-earned money to “force” herself to follow through. Tickets sold out and the night was a big hit.

And one person we know, who heads up a marketing company, wanted to lose weight and this is what he did to make sure he did it. He wrote out a check for c$800 to a political party that he really disliked. He then gave the check to a trusted friend with instructions to post the check, unless he had lost at least 9.5 kilograms (so about 21 pounds) by weigh-in at the end of October.

He realized that if he didn’t lose the weight, the donation would be made in his company’s name, which would appear on a list of political supporters – for an organization he found totally repulsive How embarrassing would that be! Needless to say, he lost the weight.

In the words of Jack Canfield co-author of The Success Principles and the bestselling Chicken Soup for the Soul. ‘This book contains a ton of practical and easy-to-implement techniques and strategies for getting yourself to do whatever needs to be done’

It can be ordered from on-line book sellers such as Amazon.  For more information or to contact Chris Cooper go to www.chriscooper.co.uk

Chris Cooper is the founder of Chris Cooper Business Elevation and helps organisations, leader’s and teams to elevate their performance through consultancy, facilitation, training, coaching, interviewing and speaking. His Business Elevation Show on Voice America has reached 250 unique episodes. He is co-author of ‘The Power to Get Things Done (Whether You Feel Like It or Not)’ published by Penguin Random House USA and a Fellow of The Professional Speaking Association. Based in Leicestershire, England Chris and his team work on business projects in the UK and globally.