Blog
You are here: Home1 / Blog2 / Authentic Leadership3 / Who is really in Control: Neuroscience and Reimagining Leadership 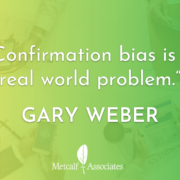 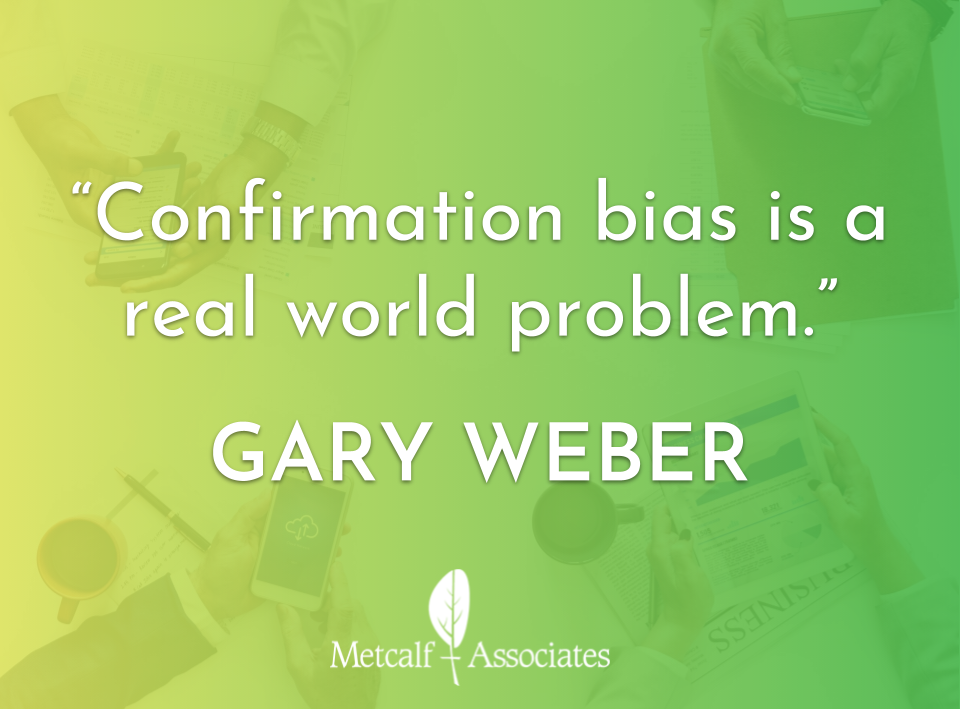 This blog is a guest post from Gary Weber, Author of Happiness Beyond Thought: Brain’s Software. It is the companion to the interview between Maureen Metcalf and Gary Weber on Voice America Radio, Innovative Leaders Driving Thriving Organizations, Who is really in Control: Neuroscience and Reimagining Leadership that aired July 10, 2018.

Recent blogposts “Can we survive w/our outdated OS and buggy programs?…” and “Aleppo, Trump, Berlin, Orlandos, Nice…what can you do?“, discussed the evolving global dystopian situation, largely due to our 75,000 yr old ego/I Operating System (OS) and its programs that developed in very different times. New information will help us “right size” the weighting assigned to the “I”, and understand confirmation bias from an experiential and scientific standpoint.What is our “conscious” I’s OS’s operating capability vis-a-vis the brain’s “off-line” processor?The focus of this work is on deconstructing or at least de-energizing the “ego/I-based OS”.  Wouldn’t the world be a better place if we could take a global ego/I dimmer switch, and dial them down about 30%?

In looking at different ways to illustrate the problems with the ego/I-based OS, a useful metaphor is that of an elephant and a rider. The “rider” is the ego/I, and our “conscious” processor that generates the problematic, self-referential internal narrative (SRIN) “blah, blah” about everything and nothing.The “elephant” is the massively-interconnected, “off line” brain of 800 billion neurons which does all of the “heavy lifting” and most of everything else.Some powerful comparisons have emerged from neuroscience to define the capabilities of the “rider” and the “elephant”. The “rider” can handle 7 +/- 2 pieces of data at a time and solve one problem at a time.  Its processor runs at 40 to 60 bits/second.

The “elephant” has something like 100 trillionsynaptic interconnections (latest research) for handling and storing information and operates at about 25,000,000 bits/second, depending on applications and assumptions.The total computing power of the brain is determined by how many discrete areas are operating at the same time.   Obviously, seeing, hearing, smelling, tasting, and touching can go on with talking, texting (not so much), walking, driving, digesting food, breathing and pumping of blood, hauling away waste and sending energy-bearing glucose and oxygen to working areas, problem solving,etc. Comparing the speed of silicon switching in computers (lightning fast) to our brain’s synaptic switching speed (not so fast), and how much information is stored in the computer’s silicon (none) compared to the information stored in existing synaptic networks (a lot) is complex. Estimates for this parallel processing put the entire brain’s capacity as high as 320 Gigabits (billion bits)/second for the entire brain, > 99.9999+ % of which we are, thankfully, unable to perceive.There is also a great difference in how parallel processing “assignments” are done in computers vs how the brain likely does it. However, the bottom line, for our purposes, is that the “rider” is Uber-microscopic, (get it, “Uber” and “rider”?) both in size and capability, compared to the “elephant” is roughly 500,000 to 1. Why do we listen to it?  It’s just a confused press-secretary, disconnected CEO, apologist, critic, etc. contributing little beyond endless “blah, blah”, like many “talking heads” debating a tweet.As Wei Wu Wei says:             “Why are you so unhappy?

Because ninety-nine percent of what you think,

And everything you do,

Is for your self,

And there isn’t one.”

Confirmation bias is simply the tendency to search for, interpret, favor and recall information in a way that confirms one’s pre-existing beliefs.  Rather than theorize about it, it is important to get a sense of just how strong our bias is.  It is how “fake news” works, as no matter how bizarre or false the story is, we will select the parts that confirm how we already feel.

Write down a few descriptive words about it.

OK, what do you feel if i tell you that it isn’t true? Write/type a few descriptive words.

A 2016 fMRI study published in Nature, a top-tier journal, “Neural correlates of maintaining one’s political beliefs in the face of counter evidence”, showed politically-active participants some contradictory and irrational statements by their candidate. Scientists @ the National Museum of Dentistry found that George Washington’s wooden teeth were replaced with gold, lead, hippopotamus or elephant ivory, horse and donkey teeth.  Another source included cow teeth, and silver and copper alloys.Take a minute or two. Now how do you feel about George Washington?Write/type a few descriptive words.

Finally, it was revealed from third and fourth sources that George Washington also had many teeth in his dentures from the slaves on his plantation.Take a minute. Now how do you feel about George Washington? Write down some descriptive words.These stories are all true, but did you see how different your feelings were toward George Washington as the different scenarios were considered?This confirmation bias exercise is from a “the Oatmeal” cartoon which also uses Napoleon, Thomas Crapper, house flies, Jesus, and Roe v Wade, etc. and is strongly recommended.  The link came from Saima Yousuf.Confirmation bias – research

The scanner showed that to create separation from the information, the Default Mode Network was activated  to create isolation from the external world and increase internal focus. To actively reduce the emotional conflict, the emotional center, the amygdala, was deactivated.Other studies have found similar problems with shifting any beliefs that are “directly challenged, especially when these beliefs are central to their identity.  In some cases, exposure to counter-evidence may even increase a person’s confidence that his or her cherished beliefs are true.”  (many references).  A new Harvard study pointed out just how strong the major media bias in the US and Europe is against the world’s most famous tweeter, reflecting their own confirmation bias. Confirmation bias is a real world problem, particularly in an era of  “fake news” and social media with little/no source credentialing, validation or “fact checking”.  IME, this is acute in spiritual/religious arenas.As the authors point out “the inability to change another person’s mind through evidence and argument, or to have one’s own mind changed in turn, stands out as a problem of great societal importance”.

From 2000 – 2004 he was Associate VP of research for Penn State responsible for all technology transfer operations of University including angel investing, venture capital, licensing, patenting and start-up support. Responsible for external industrial R&D contracts and interfaces with the University.

In the late 90’s Gary was SVP Science and Technology for PPG responsible for all corporate R&D w/four research laboratories, approx. 1000 engineers, scientists and technical folk, and $260MM budget. Member of Executive Committee.  Since then he has been researching and writing about happiness beyond thought. He is applying his extensive research skills to helping leaders.