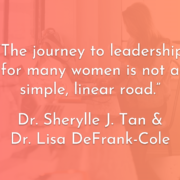 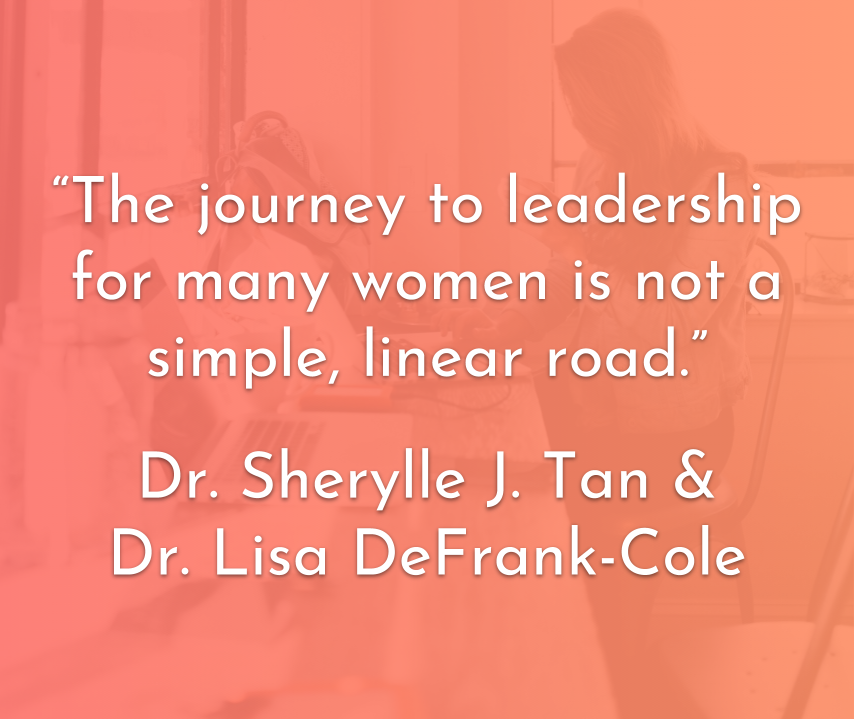 Women possess all the qualities required for effective and impactful leadership in the 21st century (Eagly & Carli, 2007). Women leaders have shown themselves to be persuasive, strong motivators, problem solvers, and mentors (Eagly, Johannesen-Schmidt, & van Enge, 2003). Yet, the journey to leadership for many women is not a simple, linear road. There are various twists and turns, starts and stops, and assorted roadmaps that women must navigate through toward leadership (Hewlett, 2007; Mainiero & Sullivan, 2005).

In 2007, Alice Eagly and Linda Carli proposed the metaphor of the labyrinth, a negotiable yet challenging set of routes and “circuitous paths” that women must take to attain top leadership positions. Eagly and Carli believed that the presence of women in elite leadership positions called for a new metaphor to replace “the glass ceiling” to appropriately reflect the obstacles and diversions that women face as they navigate their path to leadership. Introduced in 1986 by two journalists from the Wall Street Journal, Carol Hymowitz and Timothy Schellhardt, the glass ceiling, references the transparent layer that allows a woman to see the top job, but not the invisible barriers that hinder her advancement to it. While women navigate the rise to leadership, they are inundated with obstacles that they had not seen or anticipated on their way up and hit the ceiling unable to ascend to those senior leadership positions. Those hard-to-see barriers, such as discrimination and prejudice, have been the focus of a substantial body of research dedicated to women and leadership over the past three decades (see Barreto, Ryan, & Schmitt, 2009; Bruckmuller, Ryan, Haslam, & Peters, 2013; Eagly & Carli, 2007).

While some women have broken through the glass ceiling, men continue to “outnumber women in nearly every sector of leadership” (DeFrank-Cole & Tan, 2017, p. 43) despite the fact that women make up half of the American population and are earning the majority of degrees at every level of higher education (Johnson, 2016). For example, women hold about 5.2% of S&P 500 chief executive officer positions (Catalyst, 2017) and while a record number of women (104 in 2017) are serving in the House and Senate, women make up little more than 19% of the U.S. Congress (Center for American Women and Politics, 2016). Furthermore, in the political sphere, we saw in 2016 the first woman nominated by a major political party for the office of the U.S. Presidency, but not elected.

Whether the glass ceiling has been cracked or broken remains up for debate, however we do know that this underrepresentation of women in leadership does not appear to be an issue of qualification or ability to lead. In fact, there are plenty of qualified women to serve in leadership roles. There is a great deal of research to show that women are capable of being effective leaders and exhibit the traits and skills necessary for complex contemporary organizations and society (Eagly & Carli, 2007; Eagly, Johannesen-Schmidt, & van Engen, 2003; Eagly, Karau, & Makhijani, 1995). In fact, a meta-analysis found that women’s leadership styles tend to be more transformational and women tend to engage in more contingent reward behaviors than men; styles that are both associated with effective leadership (Eagly, Johannesen-Schmidt, & van Engen, 2003) and other research has supported the effectiveness of women’s leadership when rated by others in a variety of contexts (Paustian-Underdahl, Walker, & Woehr, 2014).

The scarcity of women leaders has been attributed to gender role stereotypes people hold along with discrimination and prejudice women often face in the workplace (Eagly & Carli, 2007). While many improvements have been made, the workplace in many ways remains an artifact of the twentieth century. Gender stereotypes, while subtler than in the past, continue to be a prominent issue for women due to the cultural and historical views of leadership being a masculine trait (Koenig et al., 2011). These subtle cultural beliefs that inadvertently favor men, referred by Ibarra, Ely, and Kolb (2013) as second-generation forms of gender bias, impede women’s journeys to leadership and hinder their leader identity development. Second generation bias reinforces the status quo by preventing women from being seen as leaders and role models to other women, thus placing them at a disadvantage from being considered for leadership positions (Ibarra, Ely, & Kolb, 2013).

The impact of these biases and stereotypes plays out in a variety of ways and has implications on women’s perception of their own leadership abilities and how they perceive themselves. In a study where women were exposed to leader stereotypes, women performed more poorly and showed lower self-efficacy than those who were not primed with the stereotypes (Hoyt & Blascovich, 2010). Similarly, later research by Simon and Hoyt (2012) found that women who viewed gender-stereotypic commercials preferred a follower role in a leadership task that ensued. The findings also indicated that there was indeed a positive effect on increasing women’s leadership roles after viewing media images of women in counter-stereotypical roles highlighting the importance of women as role models for leadership.

The influence of exposure to women as leaders can shape women’s beliefs about leadership and its attainability. Research by Dasgupta and Asgari (2004) emphasized the importance of women viewing women in leadership positions, specifically finding that the experience of learning about women leaders coupled with seeing women as leaders helped women to adjust and change their gender stereotypic views of leadership. They found that the exposure to female leaders helped women to interpret their leadership goals as realistic targets for themselves and for other women. One way to enhance women’s leadership, in addition to seeing women in leadership roles, is to understand how other women have broken barriers and navigated their way to leadership. Because women’s career and leadership trajectories are not linear (Wittenberg-Cox & Maitland, 2008), the journeys women take to leadership are often individual and thus important to understand and reflect upon. This volume not only provides research from scholars to support and develop women on their roads to leadership, but also includes stories from women leaders.

Storytelling is an important method for learning and gaining insight into the paths of leadership. Storytelling allows us to make meaning of the world in which we live. It allows us to connect to those around us whose experiences resonate with us. Regarding leadership, trust is built through communication (Auvinen, Aaltio, & Blomqvist, 2013) and stories have “emerged as a potential approach in terms of coaching and leadership development” (p. 497). Therefore, using stories as a method to demonstrate women’s connections with leadership is a beneficial and legitimate strategy to expose women to female leaders and to support their leadership development. Thus, the chapters in this book provide stories, as well as research essays, to encourage women on their journeys to leadership.

To become a more innovative leader, please consider our online leader development program. For additional tools, we recommend taking leadership assessments, using the Innovative Leadership Fieldbook and Innovative Leaders Guide to Transforming Organizations, and adding coaching to our online innovative leadership program. We also offer several workshops to help you build these skills and system to create a regenerative, inclusive and thriving organization that will have a positive impact in the world.

Dr. Sherylle J. Tan is the Director of Internships and KLI Research at the Kravis Leadership Institute at Claremont McKenna College. Dr. Tan has researched and published on leadership education and development, women and leadership, and work and family. She is currently series co-editor of Sage teaching case study collection on Women and Leadership and co-edited Women’s Leadership Journeys: Stories, Research, and Novel Perspectives (2019), with Lisa DeFrank-Cole.

Dr. Lisa DeFrank-Cole is Professor and Director of Leadership Studies at West Virginia University (WVU). She is a member of the Executive Leadership Team in the ILA Women and Leadership Affinity Group and has been writing and studying women and leadership for nearly 20 years. Women’s Leadership Journeys: Stories, Research, and Novel Perspectives by Routledge (2019) is her first co-edited book with Dr. Sherylle Tan.