Insights
You are here: Home1 / Insights2 / Innovative Leadership Radio3 / In a Chaos. There Is Creativity. Welcome to VUCA MAX… Part 2 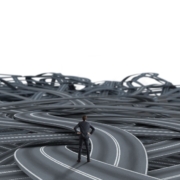 This week’s article is written by Chris Nolan, a multiple Emmy Award-winning director, creative director, marketing strategist, branding story expert and author. It is a companion piece to his interview on Innovating Leadership, Co-creating Our Future titled Using Storytelling to Elevate Leadership which aired on January 10, 2023.

This article is part two of a two part series. In a Chaos. There Is Creativity. Welcome to VUCA MAX… Part 1 was published on November 10, 2022.

IN A CHAOS. THERE IS CREATIVITY. WELCOME TO VUCA MAX… PART 2.

In the last article, we discussed why we must reverse the normal business tendencies with innovation and creativity.  And why there is a great deal of frustration and failure that exists in organizations.

In this article, we attempt to bridge the gap between creative and non-creative universes, or those people who view themselves as more rational, left-brain non-creatives.

Many times, leaders who don’t know how mysterious and serendipitous and unpredictable the creative process is—and they can make too hasty a judgment about the value of ideas or who should contribute to ideation.

People in non-creative universes have exactly the opposite relationship to ideas—they immediately say “Is it relevant to what we’re doing?”  It’s as if you’re the head of Ivory soap: your job is to sell more soap bars and if you get distracted by someone saying “How about liquid soap?”—you say, “Can we stay on topic? How do we sell more bars?”

Below Malcolm Gladwell weights in on many of the arguments we discussed in the last article such as “embracing chaos” and “awkward strangers” on innovation teams.

I think that innovation and creativity flourish in environments that are messy, that permit mistakes that allow people to step outside of their roles that involve people who wouldn’t otherwise be thought of as natural teammates… Just when there is an acceptable level of chaos, I think that good things happen. The trick in encouraging creativity is being willing to tolerate chaos and that’s very difficult for us to do. It’s not first on our impulse.  – Malcolm Gladwell

In a world moving faster than we think, and disrupting business overnight, every new idea demands focus.  Not just marketing.  We must cultivate messiness and be comfortable with the unknown.

THE FUTURE IS MOVING FASTER THAN YOU THINK

According to Peter Diamandis and Steven Kotler in their book, The Future Is Moving Faster Than You Think, every major industry on earth is going to be reinvented over the next 10 years.  Furthermore, we’re going to see more wealth created over the next decade than ever before in history.

In just a few years, all 8 billion of us on the planet will be connected. Just imagine the innovative potential of that mind meld.

Needless to say, it’s a critical time in business when we desperately need to energize our innovative assets and tap into our creative brilliance—right now!

In fact, an IBM study ranked it higher than global thinking and integrity.

A McKinsey & Company survey found that more than 70 percent of executives anticipate innovation will be a top driver of growth for their companies.

Yet, McKinsey also found most of these executives have been disappointed by their companies’ innovation efforts.

The reasons according to management consultants are: one, they aren’t utilizing the full power of collaboration within their whole enterprise, and two, as Gary Hamel says, leaders have ADD: Ambition Deficit Disorder. “They are too conservative, too risk adverse in their vision and innovation.”

Which brings us back to creative blocks. And the fact that a VUCA MAX world calls for counterintuitive, creative thinking. Which means doubling down on ideation even during downturns.  (For more information on VUCA MAX, refer to part one of this series).

After all, we need bigger thinking to overcome bigger challenges. That calls for what business expert Jim Collins calls BHAGS, Big Hairy Audacious Goals. Or what Google calls Moonshots.

I was fortunate enough to consult on several moonshot projects for Google, which is when I first heard of the concept of VUCA and learned about X, Google’s Moonshot Factory.

Astro Teller is the current CEO of X, Captain of Google Alphabet’s Moonshot Factory, and really the dominant thought leader in the field of moonshot breakthrough ideas.

He offers compelling reasons why we should both champion moonshots and celebrate the mess.

Teller says, “We spend most of our time breaking things and trying to prove that we’re wrong. We run at hardest parts of the problem first. Get excited and cheer. Hey, how are we going to mess-up our project today?”

Teller’s visionary leadership is also coupled with strategies to make them real. That’s why they are a called a Moonshot Factory.

A great book that delves into research from neuroscience and psychology on the benefits of messiness, disorder and even confusion to produce extraordinary creativity is Tim Hartford’s Messy: The Power of Disorder to Transform Our Lives.

Additionally, the chaos of creativity calls for being aware of what AI and Neuro-evolution expert Ken Stanley calls Effective Serendipity.

In his AI research, Stanley determined that serendipity plays a much deeper role in innovation than we think, which has implications for human innovation over artificial intelligence.

This concept of evolutionary innovation is especially important during this age of machines and technology. Machines are tasked with a single run, based on past data and knowledge, that has a sole objective.

But true innovation is about creating things that don’t exist. In other words, you can’t really have an objective for something that doesn’t exist. And, in many cases, past data can’t predict foresight.

For example, some of the greatest human discoveries were serendipitous like penicillin, radioactivity, the telephone, plastic, anesthesia, rubber, and even rock & roll—the list goes on and on. Yes, there were stepping stones leading to these revelations, but in the end they were their own Blue Ocean.

Effective Serendipity is not quite controlled chaos, but a more intuitive view of the creative enigma. It’s an acknowledgement that happenstance, randomness, coincidence, accidents, and experimentation are part of the process. And like evolution, disruption helps you get there.

It’s also understanding of why exercising non-linear Human Agency in a technological world is so important. As the astronaut in 2001: A Space Odyssey found out when HAL, his ship’s main supercomputer, went bonkers: there are often times consequences and limitations to relying on technology to determine our future.

Like nature, creativity evolves and is messy. Recognizing how it works frees you up to experiment, to take risks, and overcome fear.

Another great example of chaos, adversity immersion, and messiness in action is improvisation.

“Yes, and…” is the first rule of improvisational comedy. The central idea being, regardless of what you may think about what someone states, you accept the idea and say “Yes, and…” and keep riffing on the idea, versus saying “No, but…” which would kill the collaborative jam.

This technique was used on Second City stages where some of the most inventive comedians (Bill Murray, Dan Ackroyd, Tina Fey, Mike Nichols, and Amy Poehler to name just a few) honed their improv chops.

Eventually, innovation gurus began incorporating the formula into business in order to improve the brainstorming process. And when you think about it, improvisation is actually an intense version of the Adversity Immersion exercise.

Why? Because improve is a hot seat of chaos and messiness. First, you are thrust on stage while a random action, subject, or theme is thrown at you (by the awkward stranger in the audience) and then the troupe bats around discordant non-sequiturs that they try to make sense of by riding a roller coaster of “Yes, ands…”

The whole process is a fishy stew of messiness, chaos, and uncertainty that must be made into a tasty bouillabaisse.

Furthermore, by embracing chaos, disorder, and uncertainty, you not only become more creative, but you begin to develop antifragile resilience to change and the unknown.

All of which leads us to the ultimate creative goal: Future Mindset Mastery. The future demands that we embrace chaos, awkwardness, adversity immersion, and the uncomfortable, and celebrate the amazing opportunities in the disruptive process.

To get there, one of the things our VUCA MAX Future Mindset Mastery coaching program stresses is Future Back Storytelling. We want to get you from the possible to the impossible.

We do this through Future Scenario, Foresight Maps, and Story Ladders to create a mosaic of future ideas and actualize them into movie-like scenarios. The result is a portfolio of ideation from mutations to 10x moonshots.

In the age of machines, information knowledge will be the domain of computers and bots.  Now, data is tremendously valuable, but computers don’t “think” the way humans do. Machines generate knowledge which they cannot explain and work by eliminating choices until there is the best choice.

Human beings—like nature—evolve. We compound and converge concepts. We kluge choices and mutate ideas. That’s why it takes a chaotic process to discover the unexpected discovery and create impossible breakthroughs.

In his book Beyond Knowledge, George Washington University professor William Halel tells us technology is driving a new age of higher consciousness. This calls for a Future Mindset Mastery that accesses our higher faculties and human agency.

It requires fostering key value shifts that catalyze the next stage of human evolution: an expanded focus on creativity and imagination, bolder vision, intuition, wisdom and exponential empathy for all—not just humanity, but animals, plants and the whole planet.

Future Mindset Mastery is how we reach the upper limits of human potential in an increasingly accelerating, complex, uncertain, and chaotic world.

Chris Nolan is a multiple Emmy Award-winning director, creative director, marketing strategist, branding story expert and author. He brings 25 years of branding, writing, directing and production experience in both entertainment and marketing to his content production company, 90,000 Feet, working for clients such as Disney, Google, and Toyota.

He recently directed and co-wrote with Mike Schindler, the documentary “It’s VUCA: The Secret to Living in the 21st Century”. Chris and Mike have followed up the film with a book and an extensive leadership and executive coaching program called VUCA MAX.

To preorder the book or for more information on the VUCA MAX program go to https://itsvuca.com or contact Chris at Chris@itsvuca.com.

Ready to measure your leadership skills? Complete your complimentary assessment through the Innovative Leadership Institute. Learn the 7 leadership skills required to succeed during disruption and innovation.

Additional Resources offered by our trusted colleagues and partners

On Tuesday, January 17 at 10am PST, Chris Nolan and Michael Schindler are launching the new COHORT start to VUCAMAX – The Future of Leadership and Coaching. This requires registration: JANUARY 2023 COHORT – The Future Of Leadership & Coaching Registration.

Check out the companion interview and past episodes of Innovating Leadership, Co-Creating Our Future via Apple Podcasts, TuneIn, Stitcher, Spotify,  Amazon Music,  Audible, iHeartRADIO, and NPR One. Also, stay up-to-date on new shows airing by following the Innovative Leadership Institute on LinkedIn. 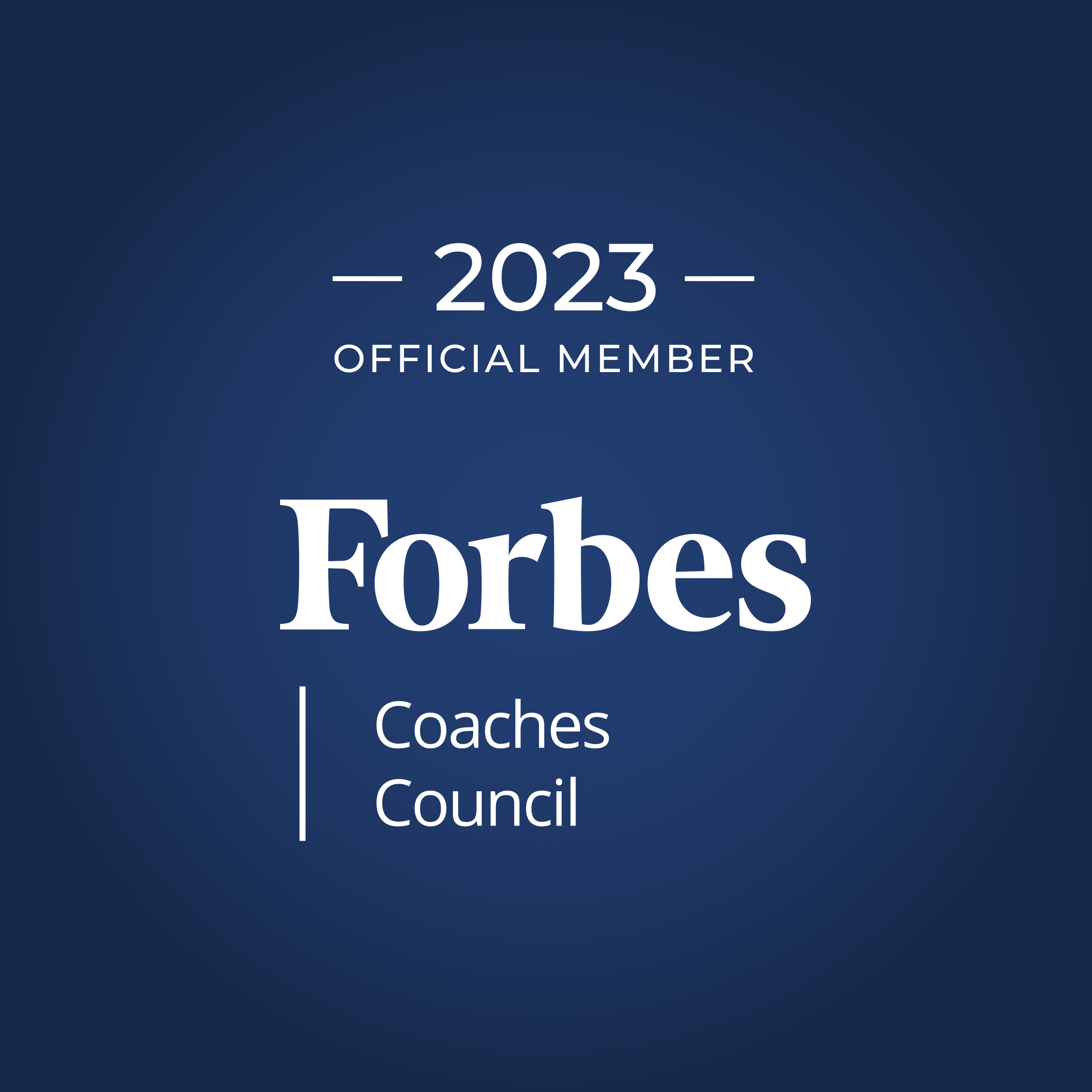