Blog
You are here: Home1 / Blog2 / Disruption3 / The Power of a Learning Culture and How It Fits Into a Competitive Sports... 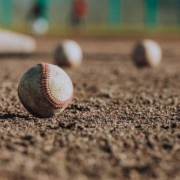 This blog is provided by Mark Shapiro, President & CEO of the Toronto Blue Jays, as part of the International Leadership Association’s interview series.  It is a companion to his interview on Innovating Leadership, Co-creating Our Future titled Disruption in America’s Favorite Pastime: MLB CEO Shares Insights that aired on Tuesday, March 30th, 2021.

As I reflected back on this pandemic year, I came across an email I wrote to Blue Jays staff while I was on the unexpectedly early flight home from Spring Training in March of 2020, part of which read, “If only I could just pass on some wisdom or insight from experience that would provide simple guidance for navigating this challenge. But there is no past experience for any of us. We are in uncharted waters.”

Together – players, coaches, staff alike – we were facing an entirely new situation with no playbook. And yet, the Toronto Blue Jays prepared for and attacked a season at two (now three) different home ballparks, overcoming uncertainty, external doubt, and constant change, to compete against the best in the world, going from a 95-loss team to making the expanded 2020 playoffs.

How do you prepare an organization to perform at the highest level during a once-in-a-generation crisis scenario?

There is no playbook for something no one has experienced, but by fostering an organizational culture of learning, open-mindedness, and intentional growth, leaders can lay the groundwork to make their team an unstoppable force when adversity arises. The ultimate competitive advantage.

Our leadership team has strived for many years to create a learning culture, where regardless of where we each individually show up to work – whether that is a player walking on to the field, a coach working with a hitter in the cages, a baseball operations employee looking for competitive advantages by analyzing game data, or a ticket rep fielding phone calls from fans – we listen to those around us with an open intent to learn and improve.

There have been few moments where I, or one of the many talented people I work with, have an immediate answer to a problem we are trying to solve. As issues and important decisions have arisen, we bring different people and opinions together to listen and collaborate. I take great pride in knowing and believing that no matter how many experts we contact to help us solve a problem or learn something new, I will walk into Blue Jays stadiums, offices, and fields across North and Latin America with the confidence that I am just as likely to learn from members of our organization – at any and every level – as I am from professors at elite universities.

That commitment to keeping an open mind leads us to have the ultimate competitive advantage – a learning culture.

Our Blue Jays catcher, Danny Jansen, recently told a story on a podcast about doing game recall when he was a young prospect where a coach would ask him why he called each pitch, “as soon as you stop learning from this game, and doing things to better yourself, it’s going to spit you out; as a catcher, you are always learning.”

When a pitcher is struggling to develop a new pitch, seeking out feedback and analyses from different resources might spark a tweak for success.

When a marketing employee is stuck on a concept for a fan initiative, collaboratively inviting people from other parts of the organization might bring around the next big idea.

When an amateur scout is speaking with a high school coach, their curiosity might uncover an overlooked prospect.

Our shared commitment to learn, get better, trust, and respect those around us, helps bring competitive advantage opportunities that might have been lost in a fixed mindset.

From border restrictions to COVID-testing protocol, I could spill a lot of ink sharing the unfathomable number of challenges that needed to be solved for this year. Like every other public facing organization, the list of questions was significantly longer than we had solutions for, with fans, players, families, staff, partners, media, and so many more, needing answers.

But to be a competitor, to be the best at anything you do, is to be constantly looking for ways to learn and improve. And by fostering a learning culture, our players and people already had the tools they needed without a playbook, to rise to the challenge at the highest level.

We have all been forced to live outside out of our comfort zones and to adapt to a new way of working this year. It would be easy to throw in the towel or use the overwhelming challenges as excuses for underperforming. But by taking ownership of a situation and approaching each moment as a growth opportunity, we can collaboratively find solutions and get better incrementally.

Even outside of a crisis, the competitive advantage gained by pulling together and building upon our experience, intellect, and skillsets enables us to bridge any resource gaps to compete against the best in the world.

An open mind and learning culture are better than any road map a leader can provide.

Check out the companion interview and past episodes of Innovating Leadership, Co-creating Our Future, via iTunes, TuneIn, Stitcher, Spotify, Amazon Music, and iHeartRADIO. Stay up-to-date on new shows airing by following the Innovative Leadership Institute LinkedIn.

Over a career that spans 28 seasons, Mark Shapiro is one of the rare executives in Major League Baseball that has had the opportunity to lead and impact baseball, business, and league operations. Widely considered one of MLB’s top executives, he was appointed as President & CEO of the Toronto Blue Jays in November 2015, following 24 seasons within the Cleveland Indians organization.

Following both the 2005 and 2007 seasons, Shapiro was named the Sporting News “Executive of the Year,” at the time the only active GM in MLB to win the award twice. In 2005 he was also named “Executive of the Year” by Baseball America, and after the 2006 season, the Indians organization was named “Organization of the Year” by TOPPS for the first time. In 2007, Mark was named to the elite “40 under 40” by Sports Business Journal, as well as being listed on Baseball America’s “10 to Watch” list.

Photo by Mike Bowman on Unsplash